The IRS has been aggressively pursuing United States Taxpayers who forget to timely file their foreign bank account report forms (“FBAR”), and Indian nationals are at an especially high risk of being caught in the crosshairs. This is because Indian nationals have a strong presence in America, attending some of the country’s most prestigious universities and making significant contributions to the economy. In fact, the United States universities have seen a 32% enrollment increase by Indian students since 2014, as compared to 9% internationally. It is not only students who are coming to United States. The entire Indian American population has soared, from fewer than 3,000 people in 1940 to in excess of 300,000 by 1980, 1.6 million by 2000, and 2.8 million by 2010. Now, people of Indian descent are estimated at 3 million — 1 percent of the U.S. population — according to a recent report from the Pew Research Center based on adjusted census data.

To sustain such a robust American presence, it is increasingly common for Indian students, Indians with U.S. citizenship (including minor children), and Indians with American-based companies or partnerships to financially rely upon their foreign bank accounts. The unfortunate reality is that most are unaware that they may have to file an annual Foreign Bank Account Report (“FBAR”) or disclose assets under the Foreign Account Tax Compliance Act (“FATCA”) or comply with other foreign income reporting requirements.

As a brief background, FBAR and FATCA are the two most prevalent forms that Indian nationals paying United States taxes mistakenly ignore. FBAR refers to Form 114, Report of Foreign Bank and Financial Accounts, that must be filed with the Financial Crimes Enforcement Network (“FinCEN”). FATCA requires certain United States Taxpayers holding foreign financial assets to report information about those assets on Form 8938, which must be attached to the Taxpayer’s annual tax return.

The FBAR and FATCA forms are highly particular and can be exceedingly complex; even an innocent mistake may result in hefty civil fines and potential criminal liability. For instance, the IRS can impose a $10,000 penalty for even non-willful violations of the FBAR filing requirement on each instance of non-filing. Where a person willfully fails to file an FBAR, the IRS may impose a penalty equal to the greater of $100,000 or fifty percent of the account’s highest balance. In addition, criminal penalties for a willful failure to file can reach $250,000, up to five years in prison, or both. Most frightening of all, civil and criminal FBAR penalties may be imposed together.

It is highly recommended that individuals with NRO or NRE bank accounts, students with signatory authority on their parent’s bank accounts, or any other person with non-United States assets seek the advice of a professional who can assist with what is required to be in compliance with the United States. This is primarily because of two key complex issues: who must file the FBAR and FATCA forms and what exactly must they report. The definitional nuances and myriad sub-issues entangled within these two questions necessitate the help of a professional

• Andrew Gordon is a CPA and an Attorney with the Gordon Law Group, LTD in Northfield, Illinois. 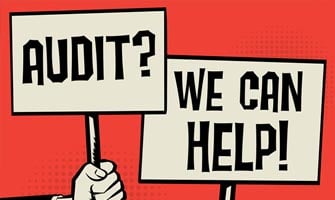