This provision of the law requires that a Form TD F 90-22.1, Report of Foreign Bank and Financial Accounts (FBAR), be filed if the aggregate balances of such foreign accounts exceed $10,000 at any time during the year. This form is used as part of the IRS’ enforcement initiative against abusive offshore transactions and attempts by U.S. persons to avoid taxes by hiding money offshore. An accountant or practitioner must exercise due diligence to determine whether his or her client is subject to FBAR requirements, but he or she is not required to conduct a tax audit.

The FBAR covers a calendar year and must be filed no later than June 30th of the following year and includes any interest a U.S. person has in:

The Department of Justice (DOJ) has announced that its investigation of offshore tax evasion and conjunction with the IRS will expand to include some of Europe’s largest banks and their foreign affiliates such as HSBC and Credit Suisse who have been alleged to have helped U.S. clients hide up to $30 billion from U.S. tax authorities. The IRS and DOJ investigations highlight differences in U.S. and Swiss law. Switzerland does not criminalize routine tax evasion, and bank secrecy rules in Switzerland prohibit disclosure of account holder information in these cases.

U.S. officials have already obtained previously “secret” UBS bank information reportedly revealing that some 20,000 U.S. citizens have maintained offshore accounts with UBS, and that approximately 17,000 of those accounts were never disclosed to the IRS. Estimates of willful tax evasion of $300 million per year have been reported previously.

The Swiss Banks attempted to get protection from the Swiss Courts to prevent the compulsory release of account information but the highest Swiss Court ruled that the agreement reached in 2008 between the United States and Switzerland which was incorporated as part of the UBS plea agreement constitutes a “bilateral treaty” between the two countries. As such, the terms of the treaty are fully enforceable provided the Swiss Parliament ratifies it. The treaty could be ratified by the Swiss Parliament as early as June 2010. In anticipation of this ratification, the Swiss Federal Tax Office will continue to seek orders to ensure that UBS provides the records it promised for the 4,450 U.S. clients designated during 2009.

We can assist with IRS tax problems, get you in compliance with your FBAR filing obligations, and minimize the chance of any criminal investigation or imposition of civil penalties.

On March 23, 2009 the IRS issued a series of memorandums that outline a new voluntary disclosure program for unreported foreign income. The program designated as the IRS Offshore Income Reporting Initiative (the “Initiative”) was initially available until September 23, 2009 and then extended to October 15, 2009. Taxpayers who qualify for the Initiative will be required to follow certain filing procedures in exchange for not being subject to criminal and civil fraud penalties.

The Initiative requires that taxpayers:

In return, IRS has agreed to not pursue:

The tax attorneys at ChicagoTaxLawyerFirm.com are specialists in tax disputes with the IRS and state governmental tax agencies.  A free initial telephone call to us should answer your most compelling questions about overseas audits.  This no obligation telephone call is strictly confidential and protected by the attorney – client privilege and will never be disclosed.  We look forward to hearing from you and discussing your tax situation

ChicagoTaxLawyerFirm.com is an aggressive tax firm whose practice is limited to tax disputes with the IRS and state governmental tax agencies.  This includes all audit international efforts put upon you by the IRS. A free initial telephone call to us should answer your most compelling audit international questions.  This no obligation telephone call is strictly confidential and protected by the attorney – client privilege and will never be disclosed.  We look forward to hearing from you and discussing your audit international tax situation.

Going through an audit international alone can be an apprehensive and risky thing. Don’t risk going it alone! Instead, hire an appeal tax assessment specialist from ChicagoTaxLawyerFirm.com to defend you.

Contact us to schedule a tax attorney consultation. Evening and weekend hours are available by appointment.  As this tax law firm represents individuals and business and is always pleased to meet with you, please call us at 312-471-0126 to discuss your situation in detail. 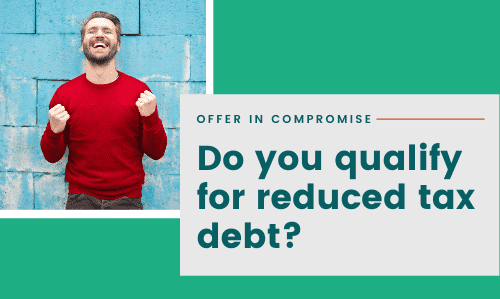 Offer in Compromise Requirements: Do You Qualify for Tax Debt Reduction? 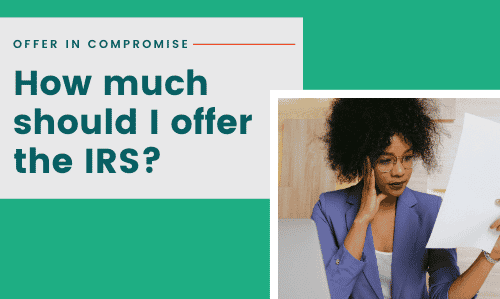 IRS Offer in Compromise Formula: How Much Should You Offer?

Under the 2017 tax overhaul, lawmakers significantly raised the standard deduction amount. Does it make sense to use it, or is itemizing deductions still the way to go? The answer depends on your spec [...]
READ >

Tax authorities in the United Kingdom recently compiled a list of “weird and wonderful” tax excuses and deduction attempts from years past. Would any of these fly in Chicago? Let’s take a look. [...]
READ >

Fortune 500 companies aren’t the only ones who enjoy tax breaks. Legislators have carved out significant deduction and credit opportunities for families, too. Tax Credits and Deductions for the Midd [...]
READ >

A university professor recently pleaded guilty to under-reporting taxes, but the alternative could have been much worse. The case illustrates the wisdom of working with a criminal tax attorney if the [...]
READ >

The Supreme Court of illinois does not recognize certifications of specialties in the practice of law and the certificate, awardor recognition is not a requirement to practice law in illinois. The information on this website is for general purpose only and should not be intercepted to indicate a certain result will occur in your specific legal situation.The information on this website is not legal advice and does not create an attorney-client relationship.